Home automation is evolving in the classic sense & is also benefitted by an increasing range of products. Over the past few years, there has been quite some hype around all kinds of smart home labelled products, yet the winners are gradually becoming more visible.

The concept of smart homes has just taken over the market by storm. We live in an era, where we love the idea of everything happening at a lightning-fast speed with just a touch of a button. The smart home automation systems are built on tines.

It uses various gadgets that can be operated with the help of remote control and are all connected over a network. Big tech companies truly understand the potential of this market and are working hard to make their way into it. One such IoT based startup in India is GoQick. 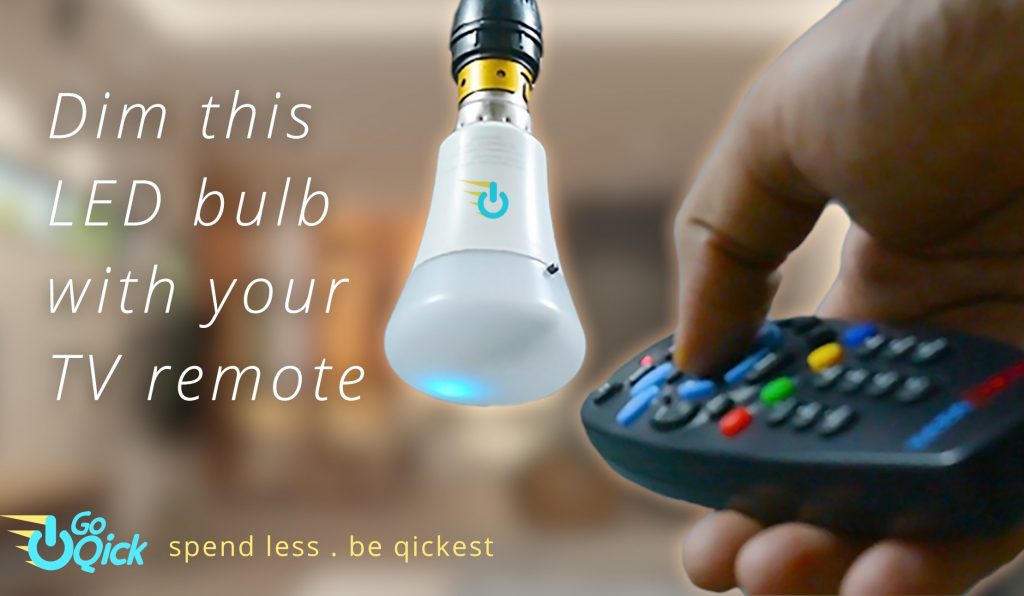 GoQick has managed to develop a microcontroller-based mini device that can be installed in ceiling fans, LED bulbs, tube lights and other decorative lights so that they can be controlled with a regular TV remote. Microcontrollers are circuits with integrated microprocessors.

These are popularly used in automobiles, electrical appliances and computer peripherals. The startup has built 3 prototypes of this product, one for each LED bulbs, fans and switch blocks. They have also already acquired 2 design patents and one yet to be approved utility patent.

There are many other smart home devices in the market and while the comparison might sound odious, considering Alexa and Google Home are way more than just appliance controllers. To bring a taste of home automation to the lowest common denominator in tier-II and tier-III India is the driving force and USP of this IoT based startup. 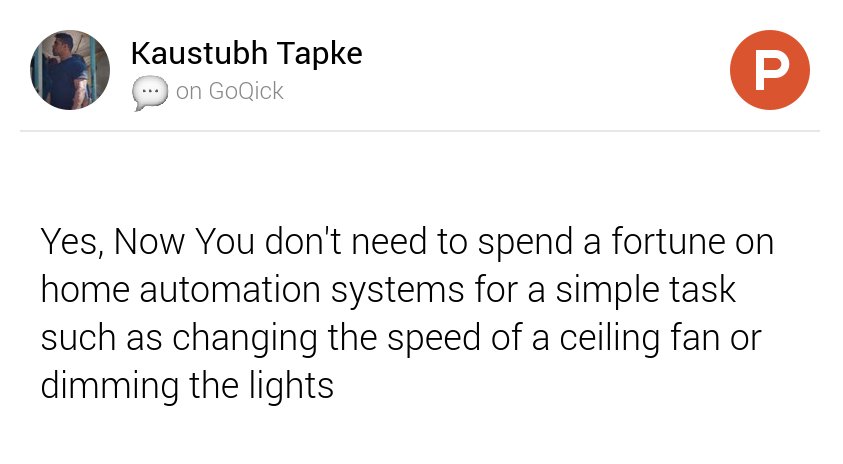 Kaustubh Tapke, Founder of GoQick said “It’s a huge market out there. Over Rs. 8,000 crores of just ceiling fans are sold in India every year. If you add other electrical commodities, it would nearly be Rs 30,000 crore. But, existing home automation products aren’t appealing to the most middle class and lower-middle-class consumers. The main reason is because these are not only complicated but also very expensive”. This supports the fact that the devices built by GoQick are priced between Rs. 500-700, that is nearly 10x less than other home automation products available in the market.

Kaustubh is an electronics engineer of 33 who has been playing with circuits and devices since he was 12. He started to work on his startup in 2014 and even sold 100 units of the device through eBay. Sometime later, the product was showcased at the 2016 Switch Expo in Baroda. According to Kaustubh, the response at Switch Expo was “tremendous”. He also said that “Many dealers showed great interest and wanted to buy in bulk. There were over 400 sign-ups in just a day. That is when I realised that this product could be commercialised.”

The IoT based hardware startup in India, now plans to launch a crowdfunding campaign to support the initial phase of its rollout. It is also aiming to open pre-orders on its website. Kaustubh expects the first batch of devices to ship in the next 4-5 months. The initial capital of Rs. 10 lakh according to him would be enough.

Kaustubh is even taking freelancing projects to support his innovation from the economic side. It obviously gets difficult sometimes to work all on your own, but Kaustubh is standing on his ground and doing his best to make his innovation a commercial product.

The journey of GoQick teaches us how a hardware company can leave a huge impact on the technology industry. So, if you also have some world-changing ideas, or if you want to make your own device, don’t be afraid to work upon them, cause the world is changing and you can decide its direction!