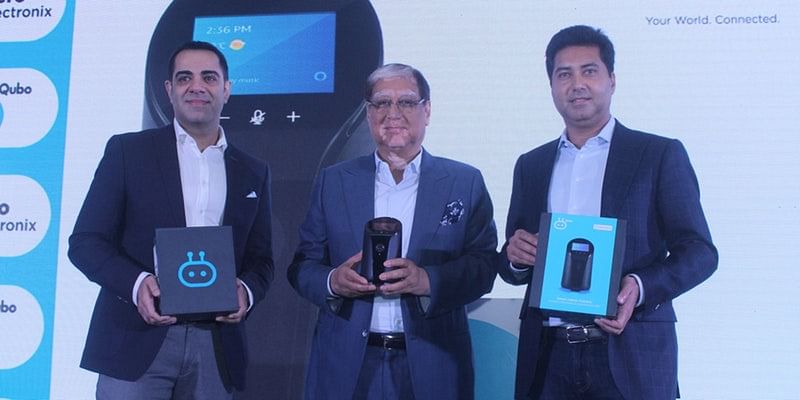 India is becoming an extremely potential market for smart homes and smart products which is attracting a large number of tech giants to invest here and make huge profits out of it. Xiaomi, Lenovo, Amazon, Google, and Samsung are some examples that are revolutionizing this market in India.

Companies are launching new products especially taking the Indian home needs in mind. These new products are made such that they fit perfectly in a typical Indian household. At present, the Indian Smart home market is at Rs. 8,000 crores which is already a huge number and is only going to increase.

According to multiple surveys and studies done by companies like Statista; the use of smart products in India is going to increase to 9.5% in 2023 compared to only 1.5% in 2019.

This increase is a very important factor that is leading multiple Indian companies to run in the race too. Hero Electronix, the electronics and technology venture of Brijmohan Lall Munjal is one such company. Hero Electronix has recently announced its entry into the smart home market through a new brand named Qubo.

The company was launched in 2015 with the aim to create a $1Bn+ business in 5 years by standing up 4-5 verticals. They just launched their flagship voice-controlled Qubo smart indoor camera. It helps a user remotely monitor the home through streaming on the smartphone. Qubo aims to strengthen the security of your loved ones and your home with the help of indoor and outdoor camera, smart smoke sensor, gas sensor, door sensor and many more.

In an interview, Hero Electronix Founder and Director Ujjwal Munjal said, ”India has capability and competence to put together smart and intelligent products”. This talks a lot about the company’s foray into the smart home market.

According to him, getting into their own B2C product was never a part of the plan. But as time passed by, he realized the capability of current technology and the important tie between hardware and software. This led the company to reach where they are now.


Hero Electronix has given very high importance to standards; they believe that although there is a lot of competition in the market in this field, most of the market is filled with non-authentic brands and insecure, poorly encrypted devices which opens a new door for ‘secure and standardized’ smart home products.

The company archives this by using high-quality parts and manufacturing procedures. For example, they have selected Qualcomm’s chipset, which is more expensive than what is available in other parts of the world.

But they still went ahead with that because it gave them the security and the encryption they wanted. All their products and cloud platforms revolve around security. They have built the platform bottom-up and were able to control everything and make the right decisions.

Hero Electronix even has an R & D lab set up in Delhi-NCR with 40 engineers, where they perform all their tests for future enhancements. Qubo is likely to invest between Rs. 150 crores and Rs. 200 crores in the next couple of years into our IoT platform, which is both enterprise and for consumers.

The company is open to any sort of partnership wherever capability exists. Ujjwal Munjal said in an interview, “One thing that I have learned is that innovation happens in startups with young teams, and with people who are new and not bound by rules and governance. We remain open to partner with anybody as and when a good opportunity comes along”.

The company aims to create a product which is out there, but doesn’t interact with or doesn’t give you any meaningful value. This gives a clear picture of the ‘integration of humans with technology’ where we are using excessive amounts of technology without even realizing it.

In terms of vision, as far as Qubo is concerned, the company is most likely to innovate more over the next years and come out with newer products like smart security camera and much more that bring the best of technology available to be able to solve real use cases and that is a value every company should have.